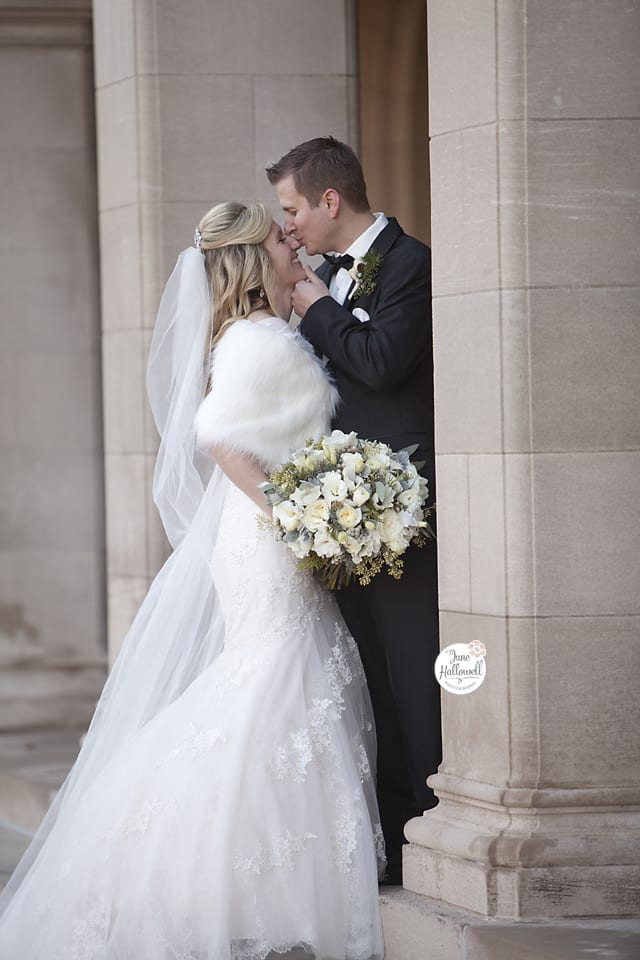 Krystyna and Paul had my dream winter wedding. Fur, snowflakes, sparkle, twinkle lights… Everything about it is comparable to Kenny Rogers singing “A few of my Favorite Things.”You all know my love for Kenny and Dolly so need to go there or talk about how often I listen to their Christmas album through out the year. Cue the flannel jams, hot cocoa and baking because truly those are some of the most joyful simple pleasures. 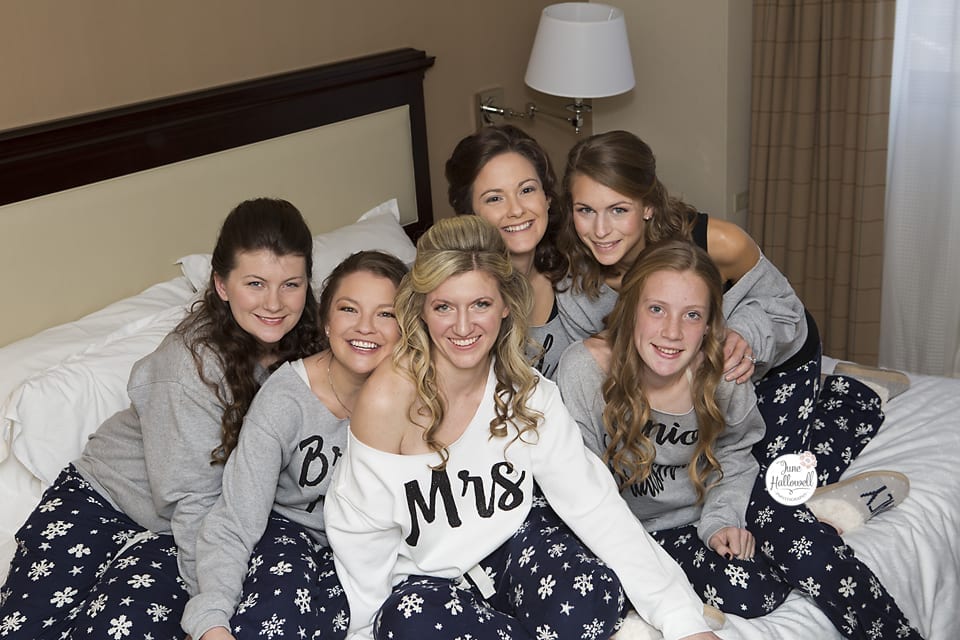 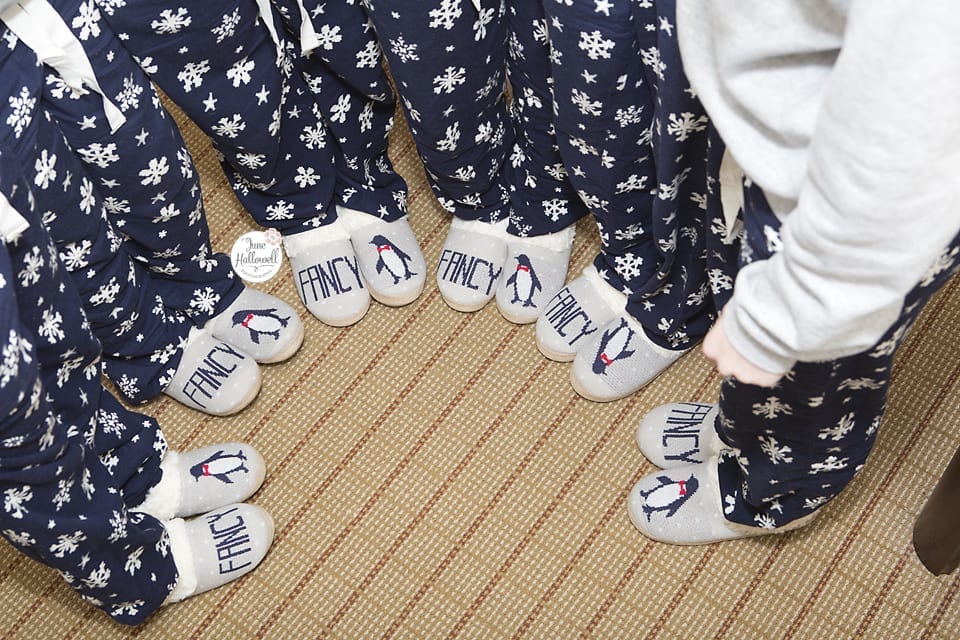 On our first phone call we spent the majority of the time talking about our dogs and then another hour after about photography, decor, and everything under the sun. Two days later I received a card in the mail that said they were so excited to meet me. It’s stuff like this that warms my heart. 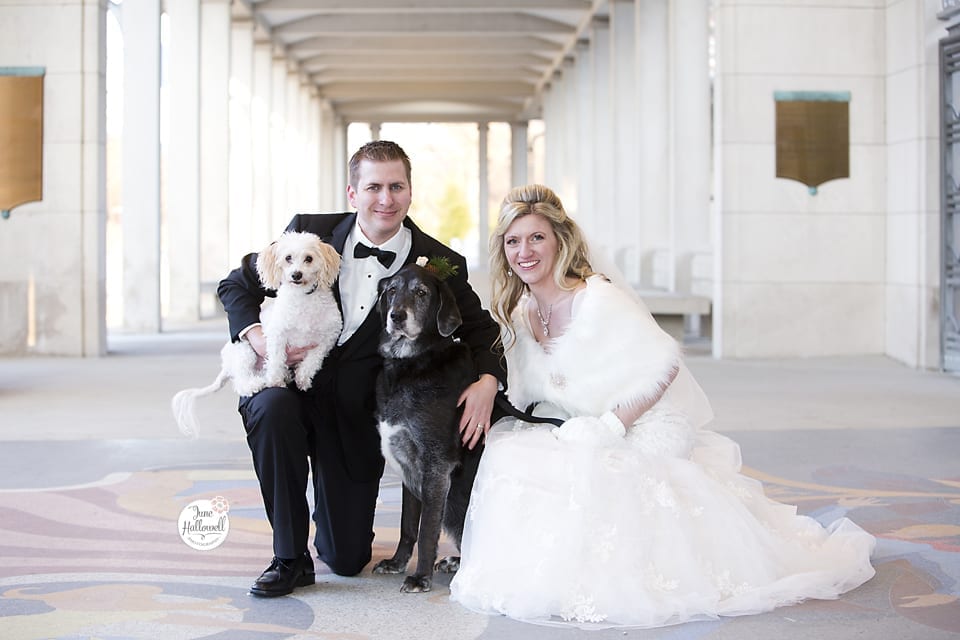 My favorite part about this wedding was the very thought out homemade items. Krystyna and Paul picked pine from their own backyard to make the garland that decorated the aisle. They made fake snow … If you knew how heavy fake snow in tubs was…. They raided after Christmas sales for twinkle lights and gathered as many tall green trees from tree lots so that their first dance was amongst the forest. 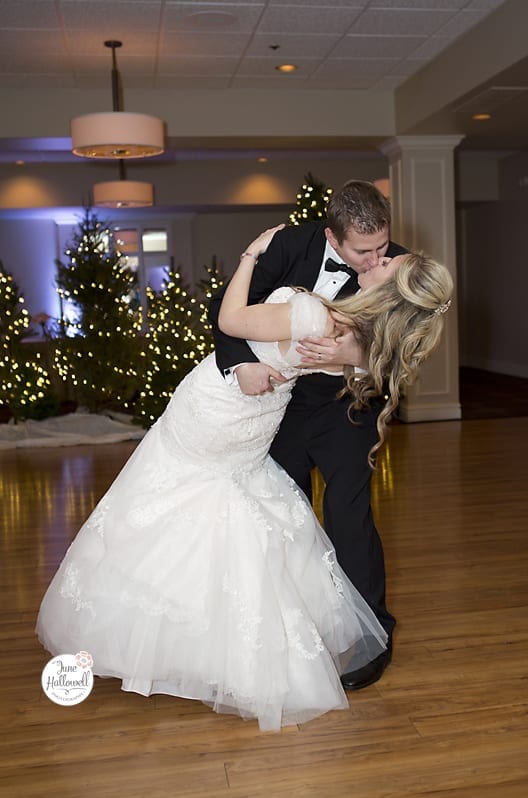 How magical is a twinkle lit tree dance floor? 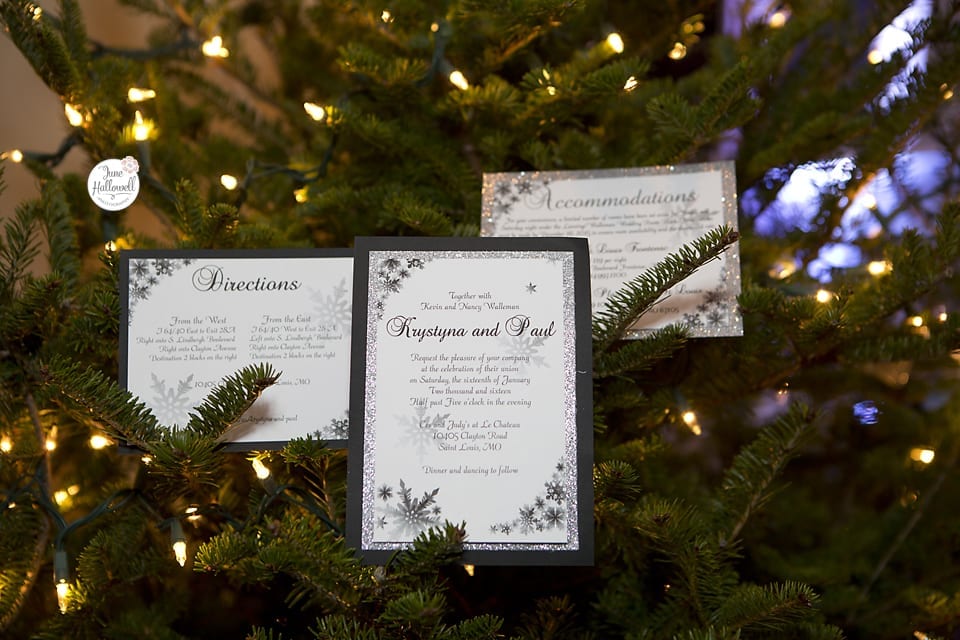 All the children who played a role in the wedding were kids Krystyna had nannied. She had grown so close and loved this family so much like they were her own. 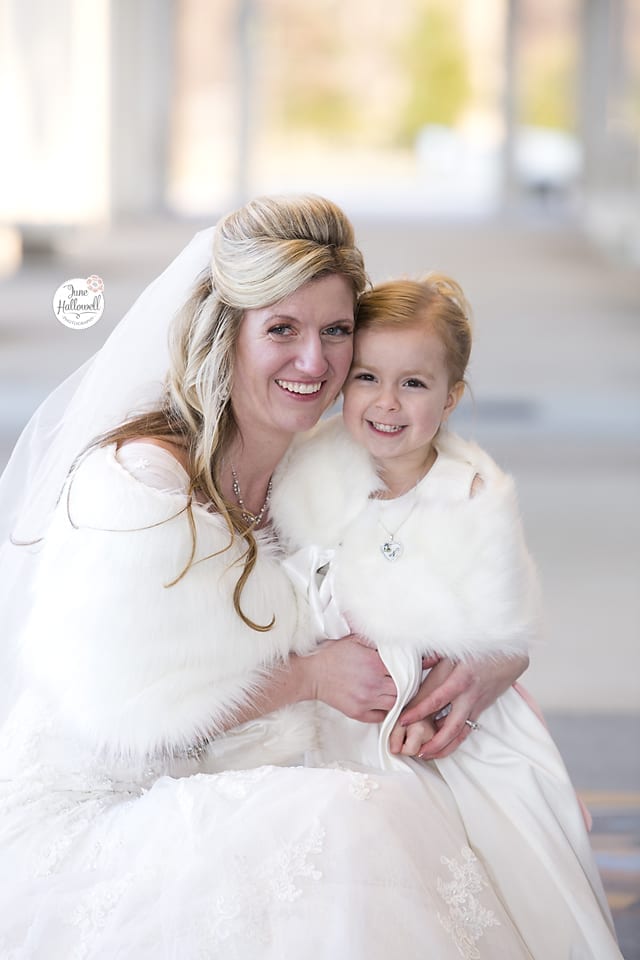 Krystyna and Paul kept us involved for several decisions but one that sticks out in my mind was what shoes to wear with her wedding dress? After she sent me several options we decided the best one suited for her big day would be the blush ones covered in tiny crystals. Reminded us of cotton candy dreams and since then thats what we called them: the cotton candy dream shoes. We got so much joy throughout the planning process talking about those pretty pink shoes. 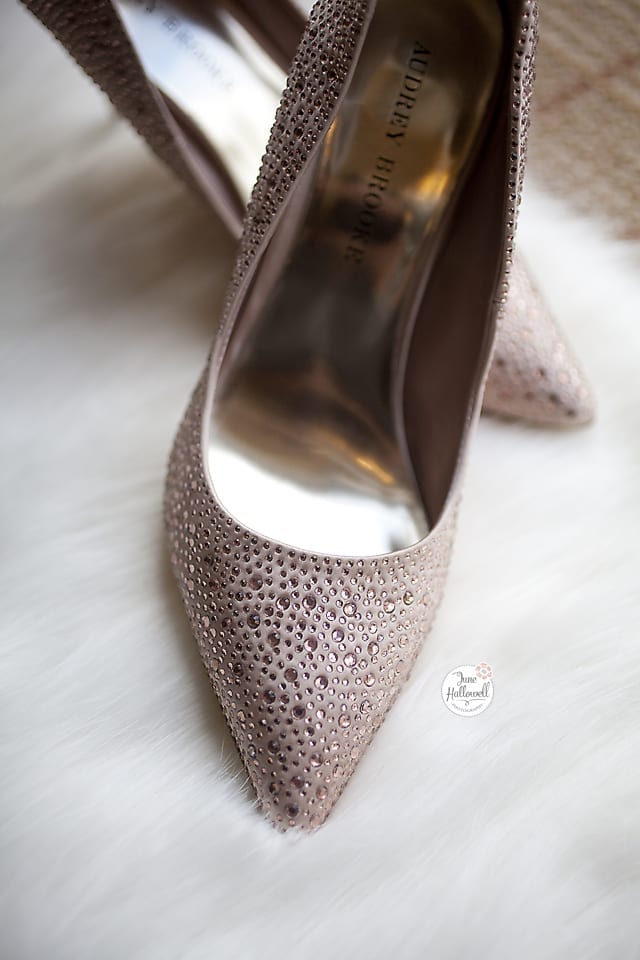 It’s no secret when you start scrolling through these pictures that these two are a fan of penguins. Allow me to elaborate. Their very first date was to see March of the Penguins and from then on Paul called Krystyna his ducky and she called him her penguin. Their first dance song was titled You’re My Penguin by Christina Perry. I bet you haven’t heard that one. But it is great + listening to the words will give you goosebumps. Their engagement pictures were taken at The zoo so you guessed it, they could include the penguins. Every guest that came to the wedding received a porcelain penguin figurine. 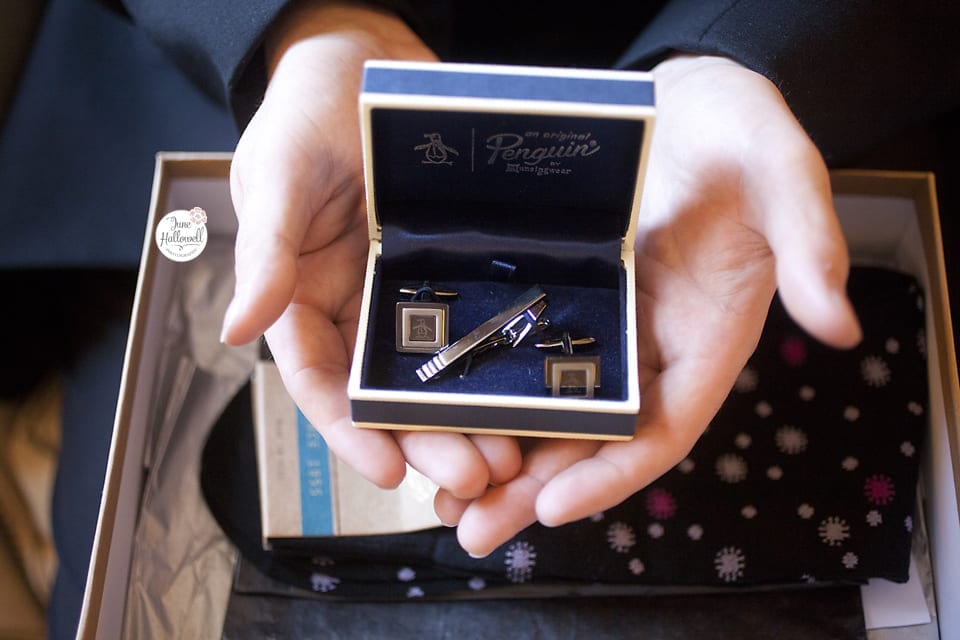 Their reception held at Ces and Judy’s Le Chateau was a beautiful and intimate affair with gorgeous linens from BBJ. Icy green centerpieces and fluffy white blooms by An Affair to Remember. 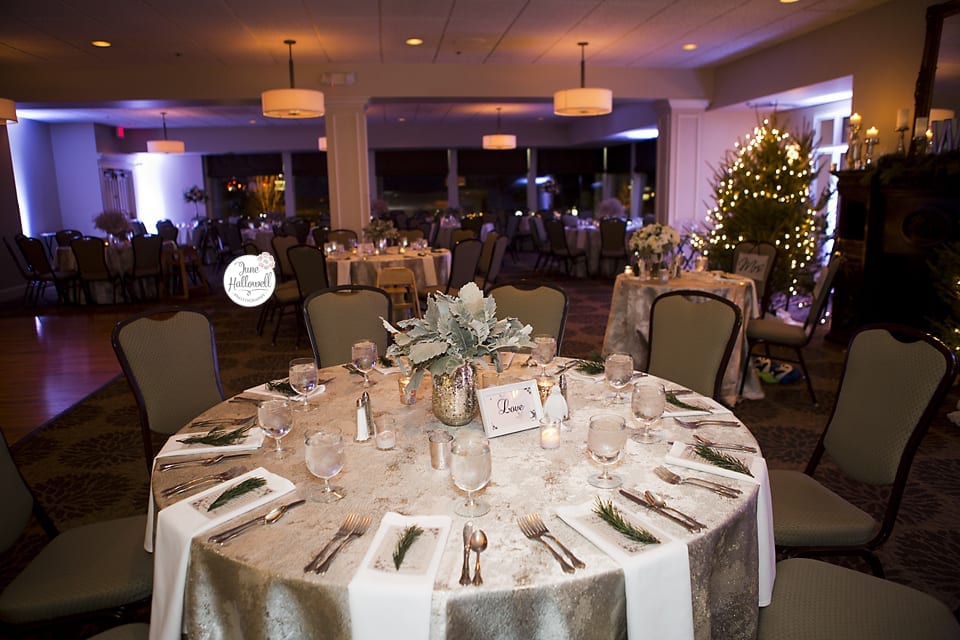 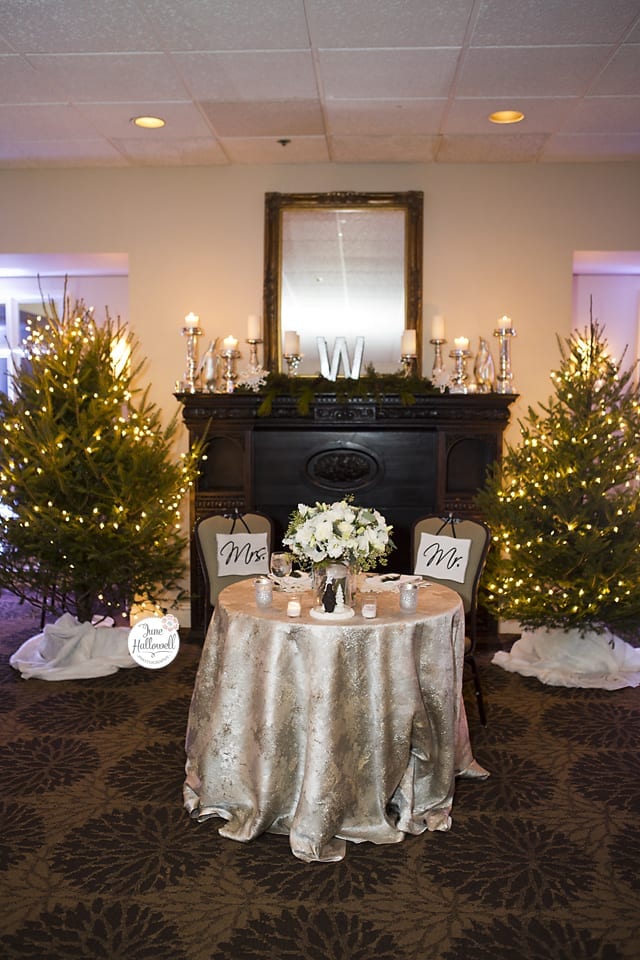 plus this screen shotCAPTION FOR CEREMONY – Paul and Krystyna made the greenery on the mantle from the trees in their backyard!

Another very cool thing was that their photographer was June Hallowell. I worked my very first wedding with June and several after. She’s incredibly talented, super fun and I was so excited the minute Krystyna and Paul said we haven’t booked anything yet except our photographer because I just had to have her. That speaks volumes about somebody’s work.